text.skipToContent text.skipToNavigation
Geringhoff uses its own cookies and cookies from third parties to make certain functions on geringhoff.com easier for you and to analyze your navigation on our website. By visiting our pages, you agree to accept this use.

Grain maize: Harvesting and processing the stubble in one operation 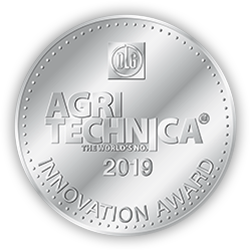 At Agritechnica 2019, Geringhoff is presenting the revolutionary Horizon Star* III Razor – the world's first corn head that breaks down the stalks and stubble during the cutting pass. This technology integrates active stubble processing into the cutting pass. Following an integrated approach to environmentally sound pest control, the new system is a significant contribution to a more sustainable control of corn borers and improved field hygiene.

Pests and fungal pathogens account for considerable losses in yields and quality. The corn borer is one of the most harmful pests in corn that causes significant financial loss. If left untreated, the pest accounts for 5-30% loss rates in heavily infested areas. The affected plants are attacked by fungi which accumulate toxins in them. After harvest is finished, both the corn borer and Fusarium use the residues as shelter to overwinter to the next vegetation period.

As criticism of genetically modified crops and chemical pest control is mounting in the wider society and political world, mechanical pest control solutions that are friendly to the environment will increase in the future. It takes effective control strategies that are based on the principles of integrated pest control, both in conventional and organic farming.

The solution is Horizon Star* III Razor – the tool for effective pest control. This corn head uses the established 3-roller Rota Disc® technology which shreds the stover thoroughly by pulling the stalks through counter-rotating disc rotors with 15 cutting discs that engage in the two slotted snapping rolls. The shredded straw is then distributed by the stalk chopper. As the chopper spins distributing the material, the new rotating tools also cut the stubble. These tools have cutting edges and at the same time the ends are formed into dull flails which hit the stubble at an angle ripping it down to the root as the horizontal blade makes the cut at ground level. 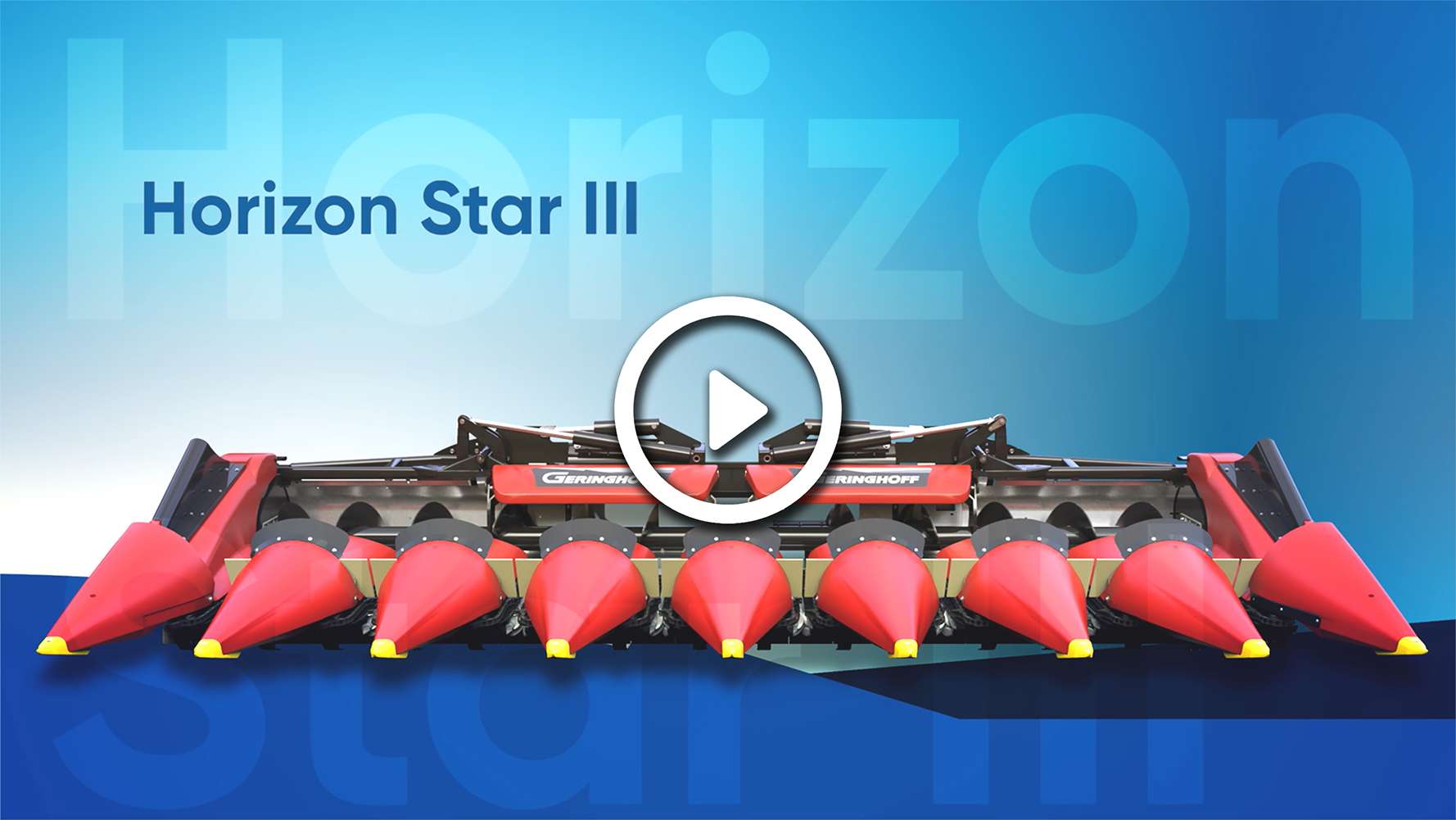 For optimum stubble processing, the corn head must hug the ground as closely as possible. Existing corn heads with rigid frames cannot do that and so produce inconsistent cutting heights in undulating terrain which in turn affects the quality of stubble processing. The innovative Geringhoff frame offers the solution. Split in the middle, the frame consists of two independent sections for independent contouring. Each section has a height control sensor and a third sensor is in the centre of the machine where it controls the height of the feeder house. This technology leads to optimum 1-5cm ground hugging and improves the quality of work even further. A new driveline brings extra reliability, also in the event of ground contact. Stubble that is rolled over and therefore lost to the subsequent processing passes is now consigned to the past.

Initial field tests on the efficacy of the system were carried out during the 2018 grain maize harvest. In cooperation with the Kiel University of Applied Sciences, an eight-row prototype with a rigid frame was tested in two fields in the two German federal states of Baden-Württemberg and North Rhine-Westphalia. The tests compared the quality of work of the new system with that of a flail topper.

The test site was a corn field that had been harvested by Horizon Star II. The test assessed two parameters: the level of stubble destruction and the conditioning quality of the corn straw. The test results showed that the rigid header destroyed up to 90% of the corn stubble in flat land. This compares to the level of stubble destruction achieved by the flail topper while not taking into account that stubble that was rolled over by the combine wheels. Taking this stubble also into account, the sum of the destroyed stubble was significantly smaller than that achieved by the rigid Geringhoff Horizon Star* III Razor. This quality of work is improved even further by the split frame design. The flexibility that comes with it will bring additional advantages and achieve similar levels of destruction especially in uneven fields. The tests also found that the flail topper in the subsequent pass produced only minimally better shredding.

The Geringhoff header groups these two passes into one: cutting the grain maize and processing the stubble, saving time and costs. The maize stubble is not pressed to the ground by the combine and/or carting trailers before it can be processed. Instead, it is shredded already in the harvesting pass. This destroys the stubble and straw effectively, reduces the shelter options for the corn borer and leads to a rapid breakdown of the straw and reduced Fusarium pressure in the following crop. 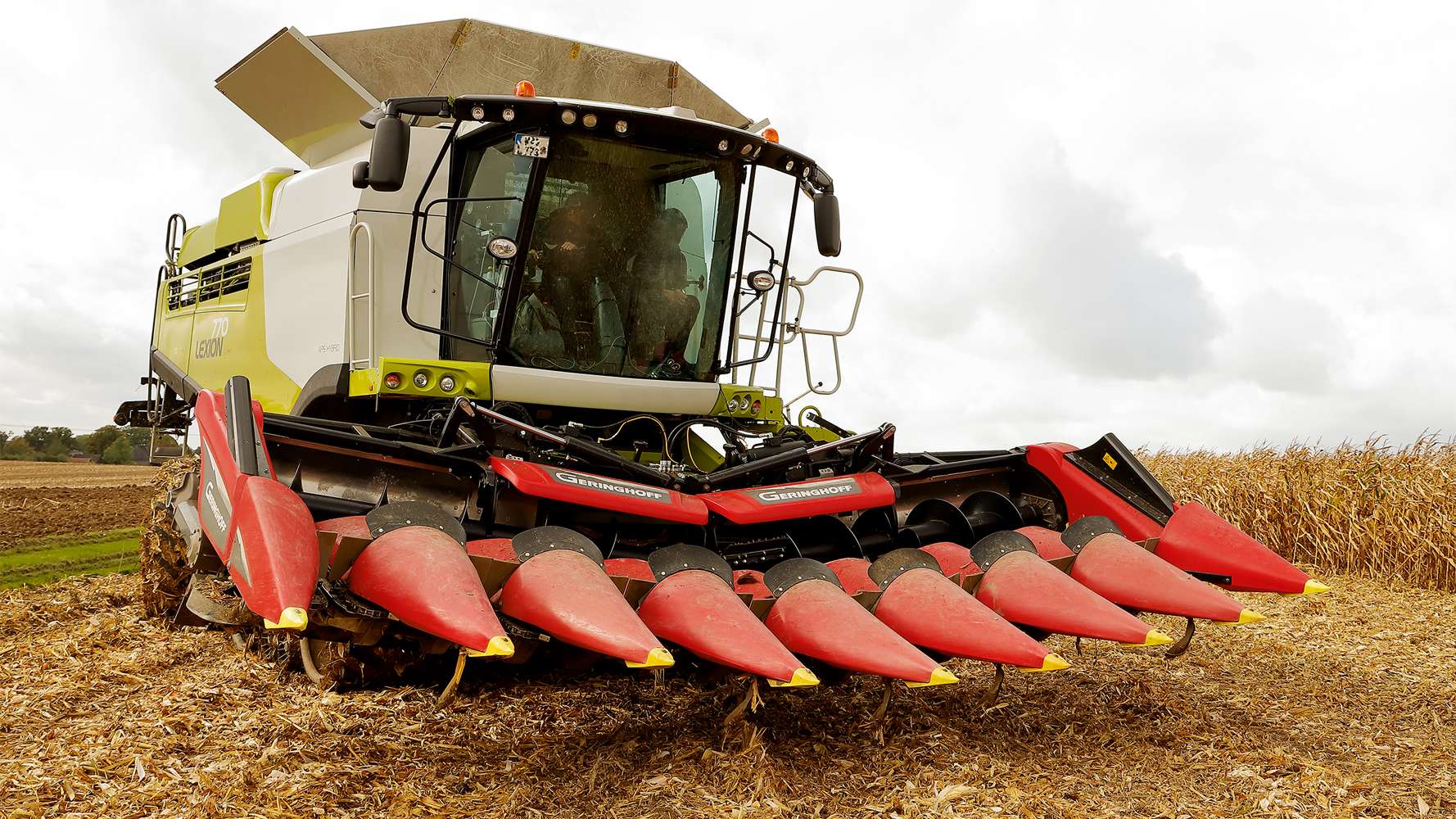 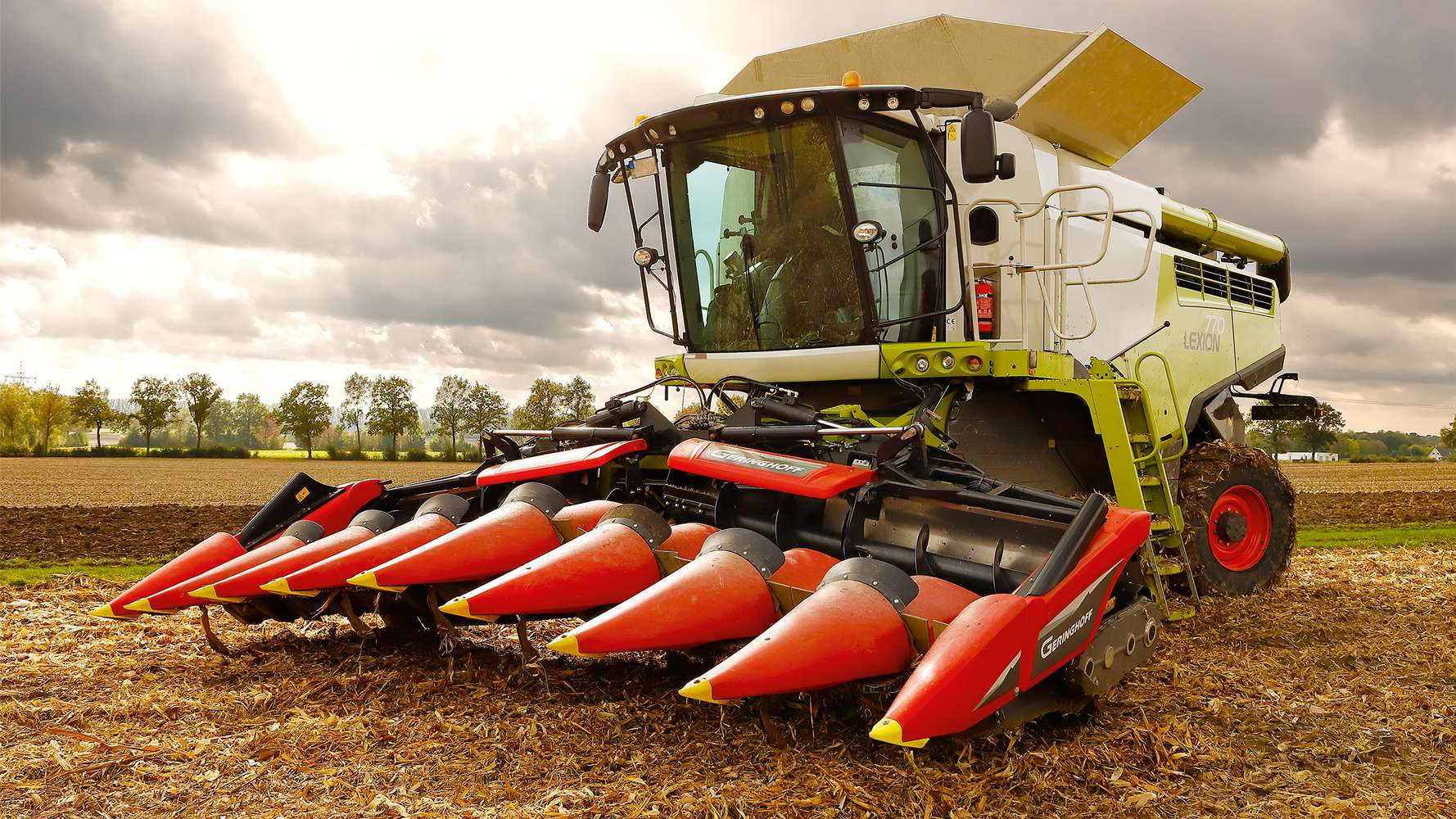 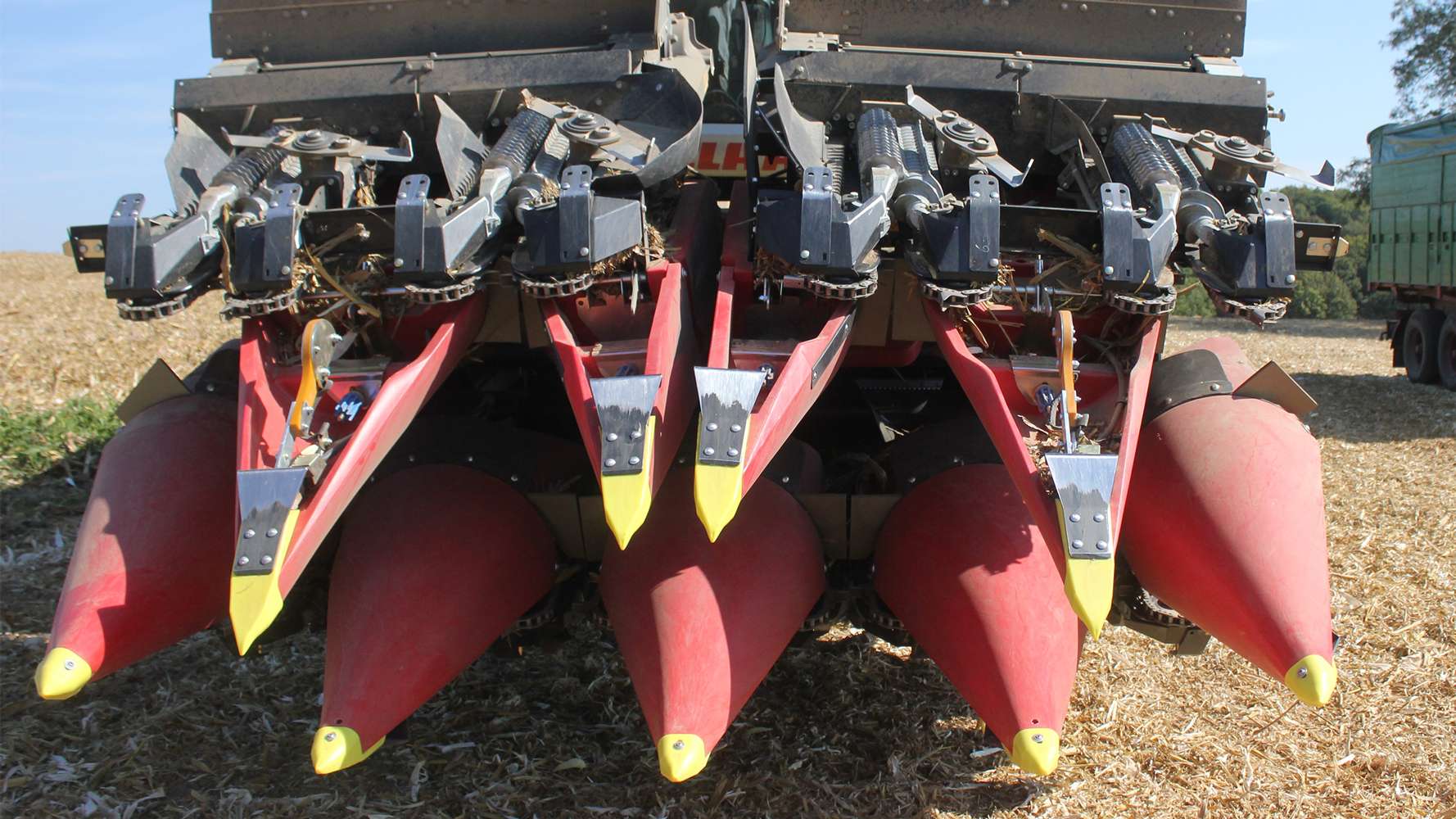 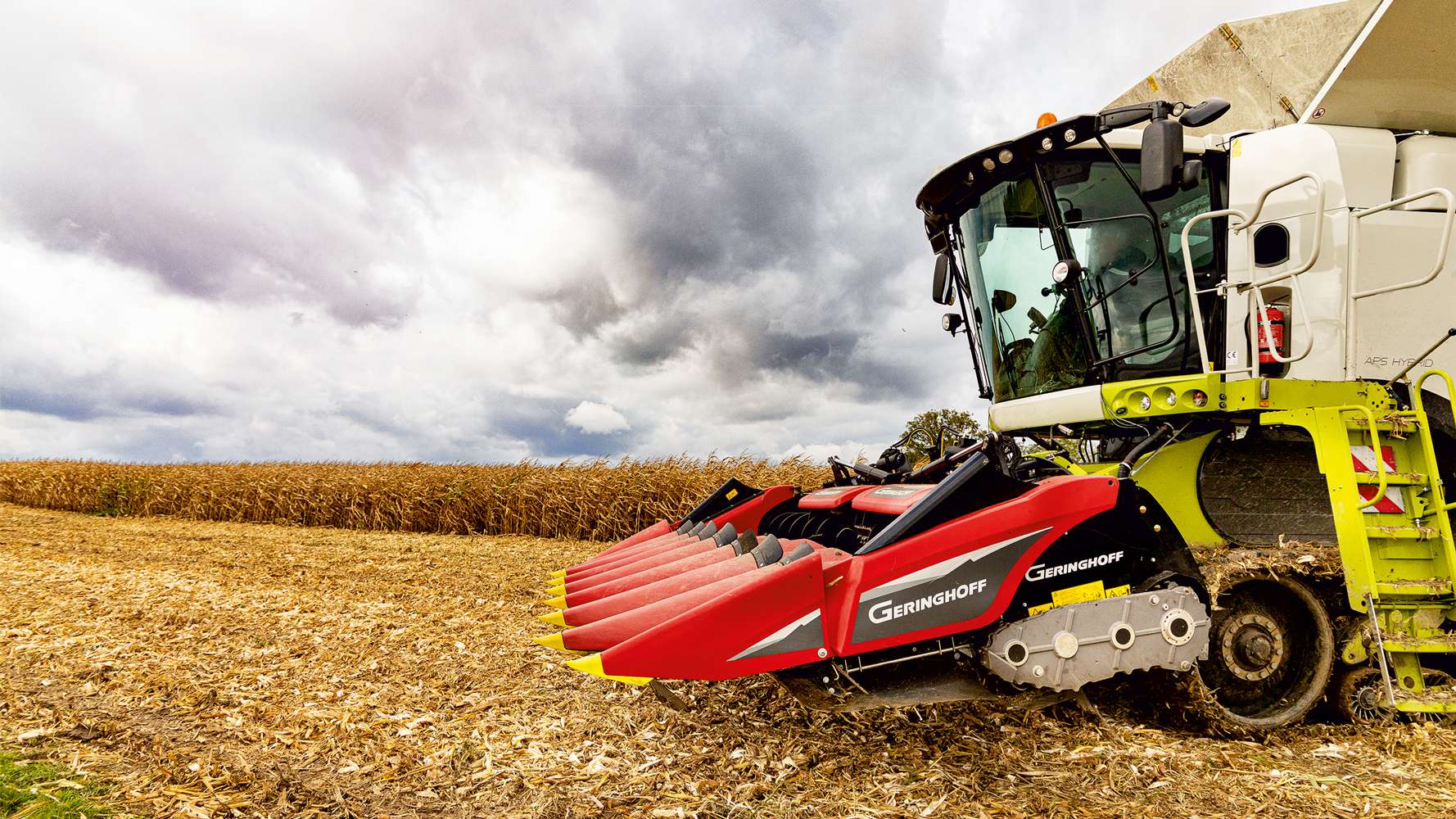 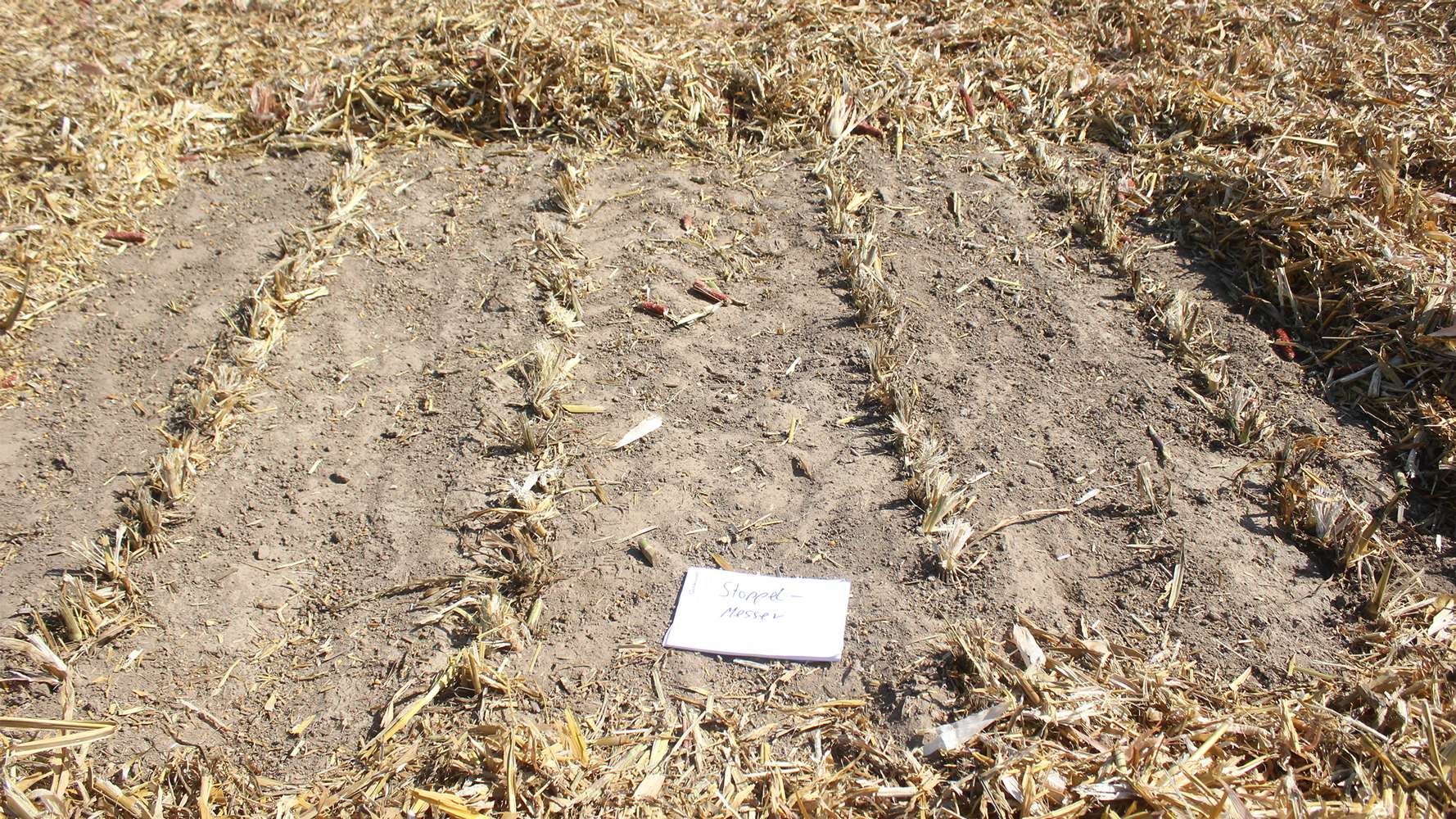 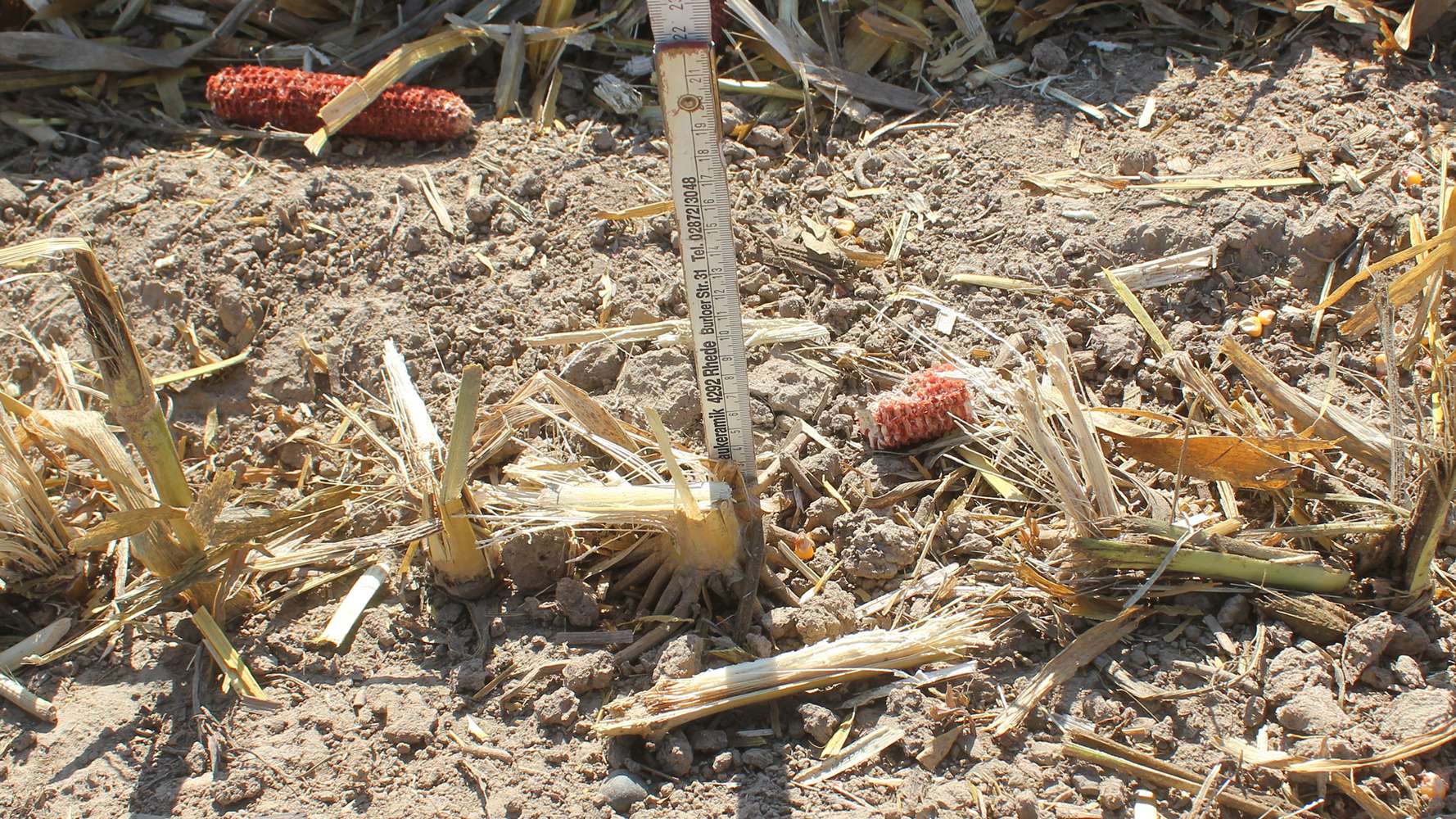 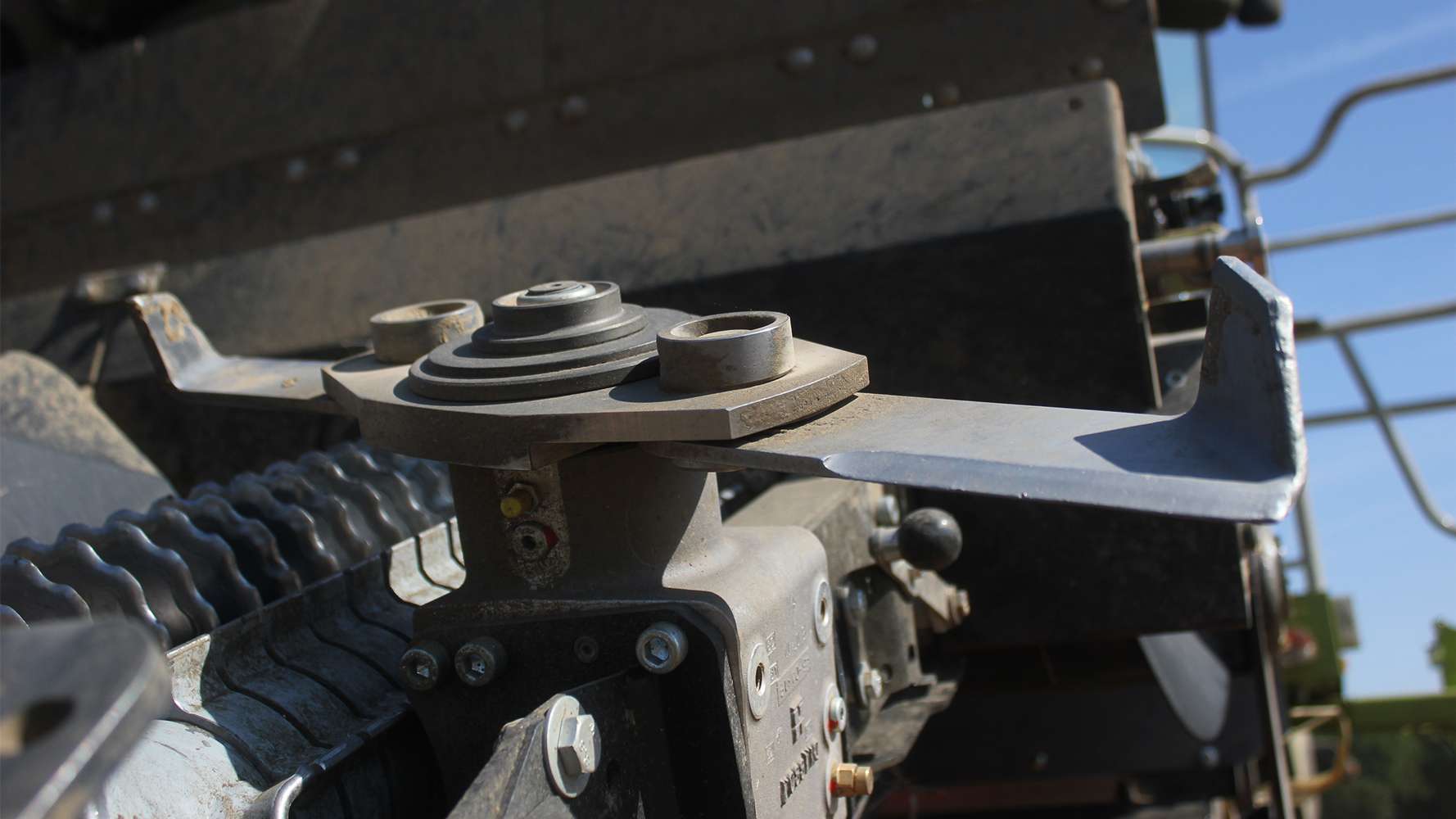 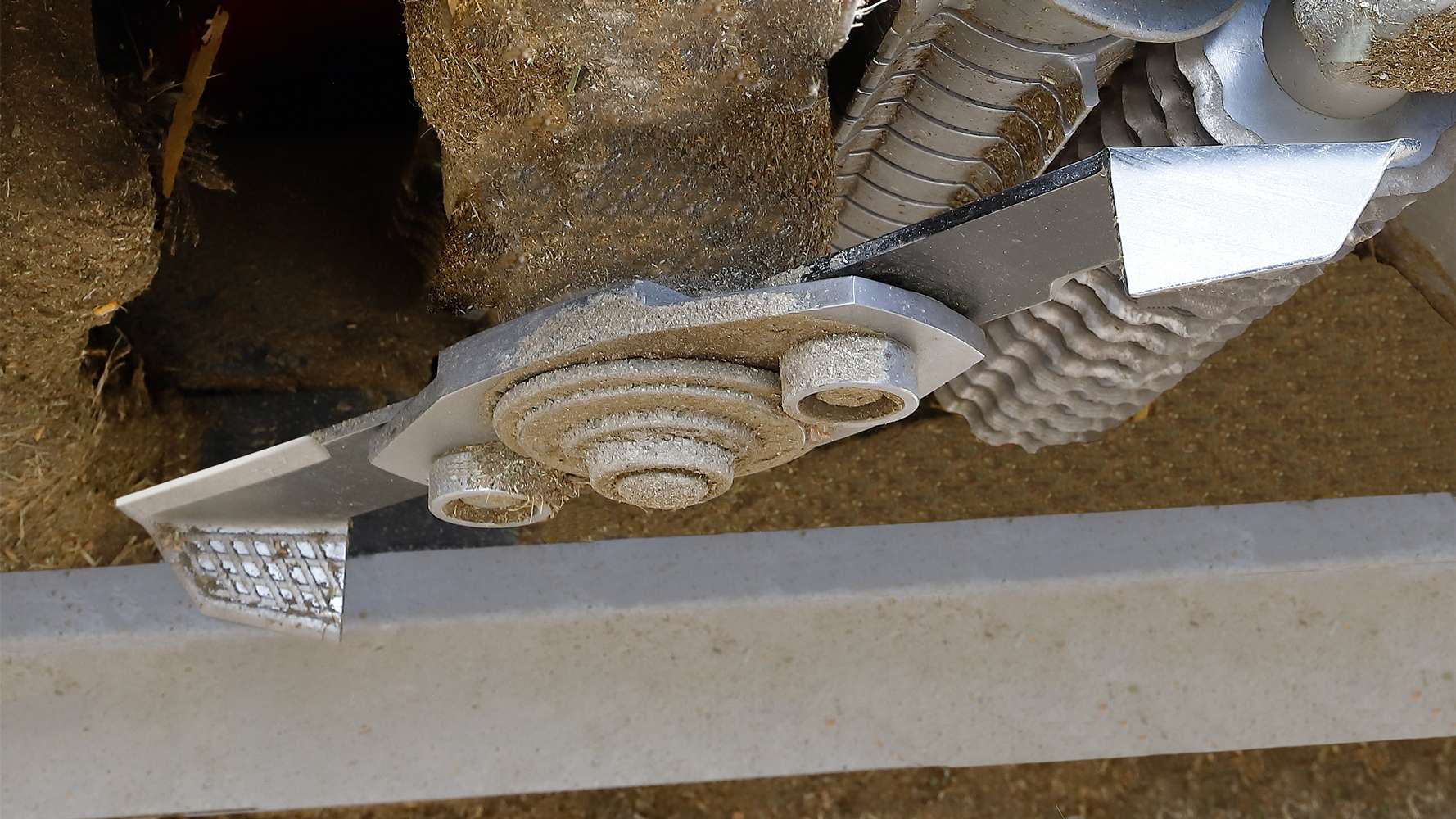 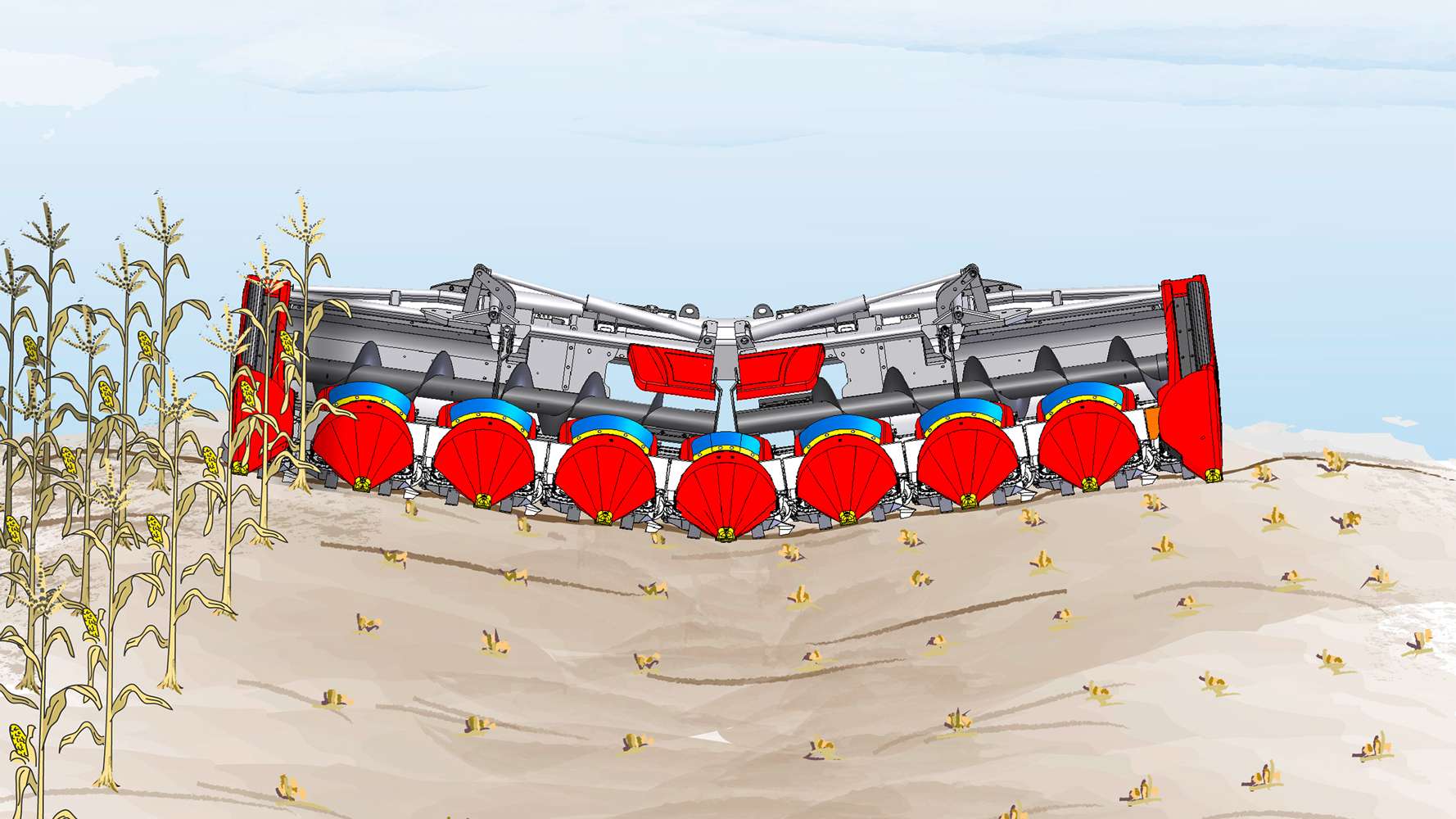 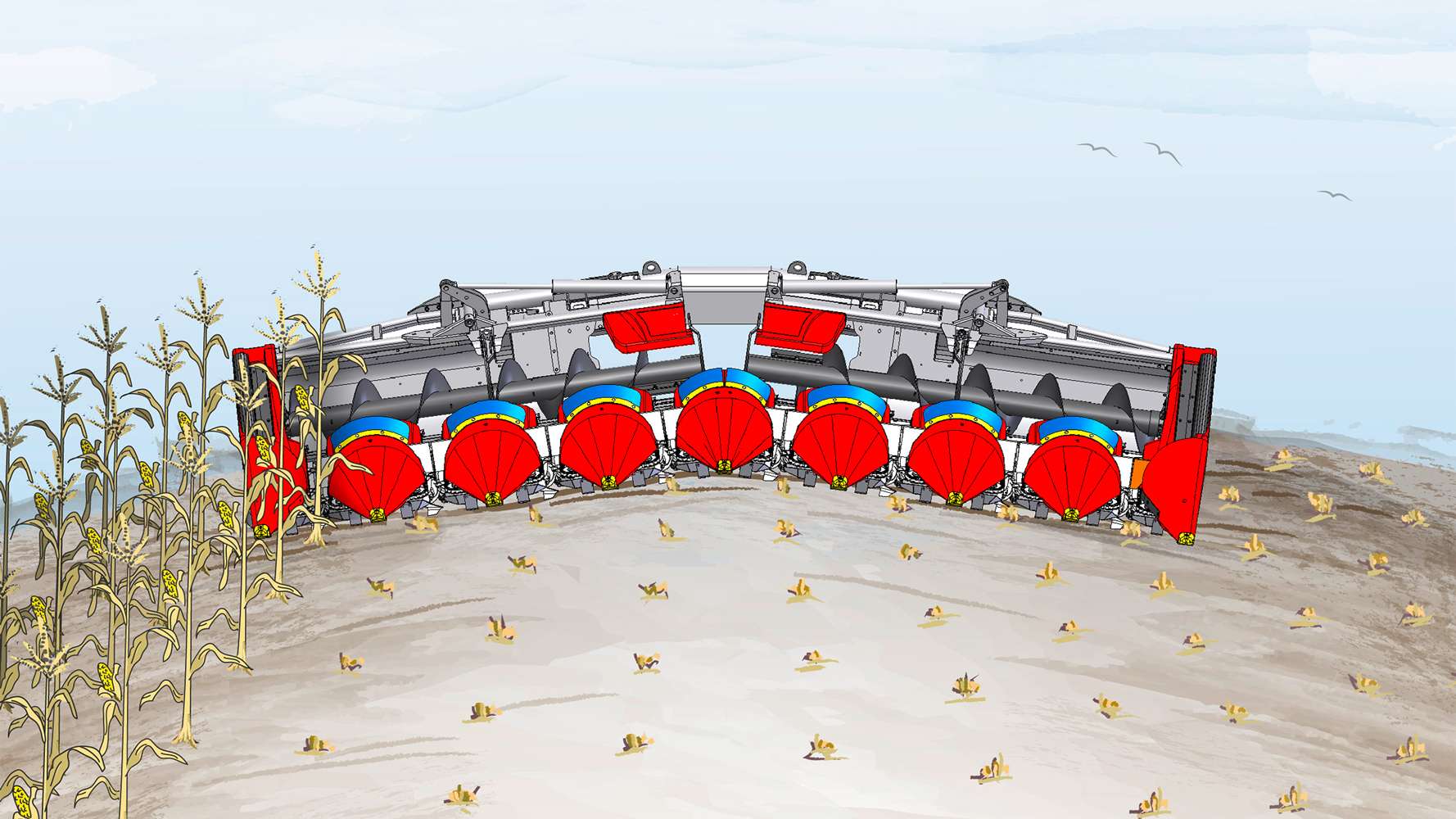 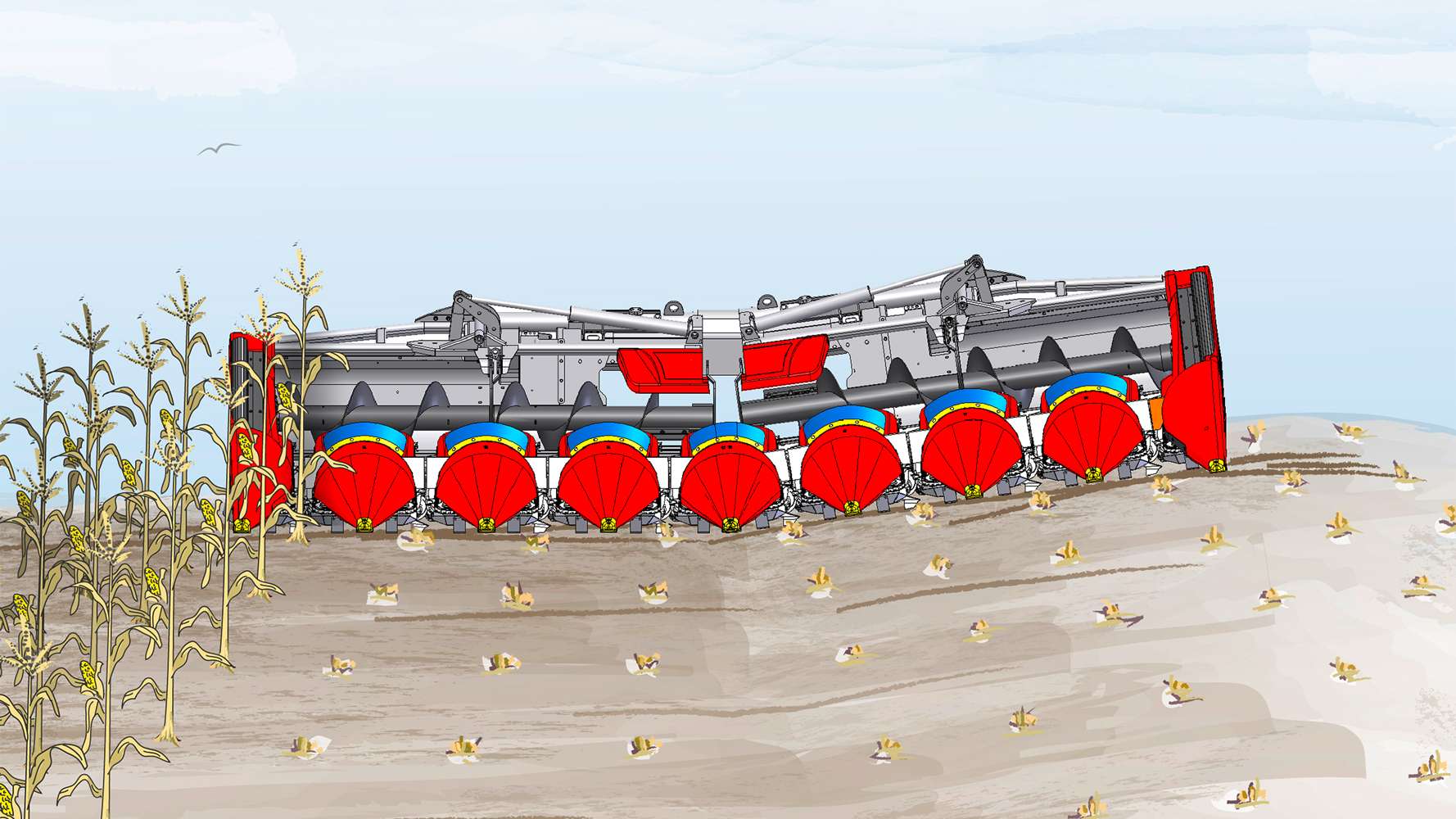 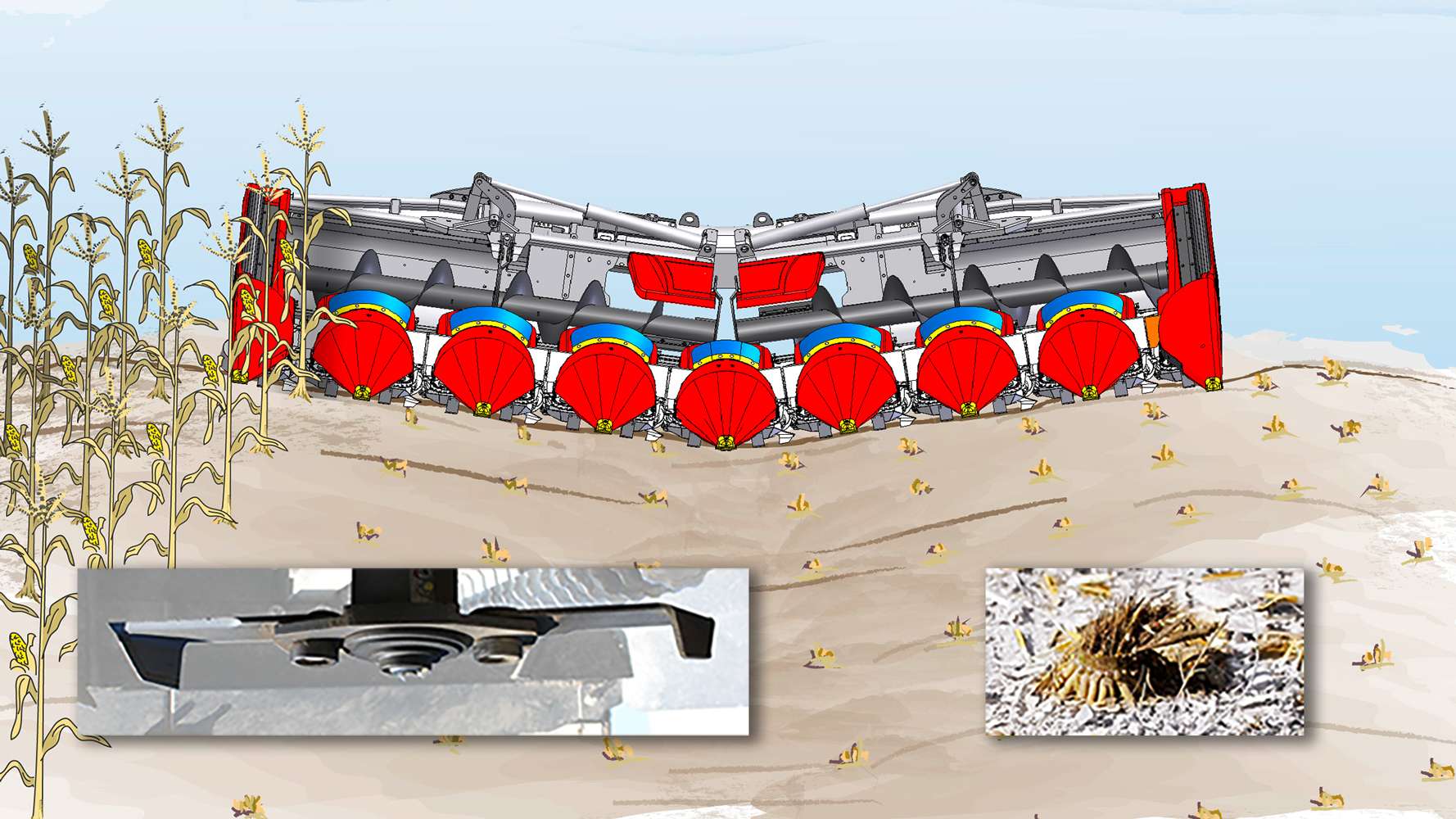